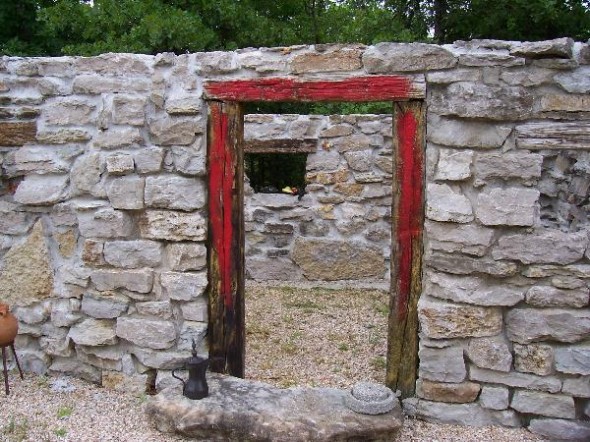 Jesus said, “You search the Scriptures, for in them you think you have eternal life; and these are they which testify of Me.” (John 5:39)

Jesus is the theme of the Bible this is true of the New Testament as well as the Old Testament. In the New Testament we learn about the life of Christ, see men and women who were committed to Christ, and hear of doctrine that points to and flows from Christ. In the Old Testament we get to see many antitypes of Christ as all of Scripture testifies of Christ. Perhaps one passage that most clearly foreshadows Christ is the Passover.

The Passover is something that is often wrongly overlooked in churches today, after all, it was during the Passover feast that Christ instituted Communion and in 1Corinthians 5:6-7 it says, “Your glorying is not good. Do you not know that a little leaven leavens the whole lump? Therefore purge out the old leaven, that you may be a new lump, since you truly are unleavened. For indeed Christ, our Passover, was sacrificed for us.” Christ is literally called our Passover. We may think of Christ as the spotless Lamb who was slain for our sin and if we apply His blood to our lives the wrath of God will Passover us. It is true that Christ is the spotless lamb and was slain for our sin, but the Passover points to Christ in even more ways than that!

During the first phase – The Cup of Sanctification – there is a plate with six items on it. The first item is greens (signifying life) they dip them in saltwater signifying bitter tears from their slavery in Egypt. They take the greens out of the saltwater signifying redemption from bitterness and eat it. The second item is bitter herbs (horseradish) they take a portion and put it on their unleavened bread and eat it. This naturally makes them cry and remember the bitter tears of slavery. This was also the bread that Judas dipped with Jesus so it can also remind us of the bitter tears of betrayal. The third item is a sweet apple mixture signifying the hope of redemption. It also takes away the bitterness of the horseradish when you eat it signifying how redemption takes away the tears of slavery to sin. The fourth item is a bitter root. This sits on the plate to remind of the bitterness that surely comes to all on this earth, signifying the bitterness of sin on all of mankind. The fifth item is a boiled egg. They slice the egg up, dip it in the saltwater, and eat it. This signifies the high cost of the sacrifice. The final item is an unbroken shank bone from the Passover Lamb. This reminds them of the perfection that is demanded in the sacrifice. No spot, no blemish, no broken bones. This also points to Christ as He is the perfect sacrifice, no sin, and no broken bones.

The second phase of the Passover meal is the Cup of Plagues. During this phase they dip their finger in the cup and let one drop fall for each of the plagues in Egypt. Then they pay special attention to the last plague as they put the blood of the Lamb on their door posts.

Both the first and second phases of the Passover meal have special and significant illustrations that point us to Christ, but I want to turn your attention to the third cup in particular. This cup points to Christ in ways that are unimaginable!

The third cup is called The Cup of Redemption, but in between the second and third cup there is something important that happens. A bread bag with three compartments is brought out, it is called the Matzah Tosh. In each of these compartments is a piece of matzah (unleavened bread), the Jews view this bag represents a unity, but they are not sure exactly what unity. As a Christian I would like to just point out that Matzah Tosh has 3 compartments in 1, so we could call it a 3 in 1 unity, clearly this represents the triune Godhead! What happens next is very important, from the Matzah Tosh they take the second piece of matzah and call it the Bread of Affliction. Just to spell it out, the second matzah from the Matzah Tosh would be representative of Jesus and then they associate this piece of matzah with affliction. In Isaiah 53:7 it prophetically tells us, “He was oppressed and He was afflicted, yet He opened not His mouth; He was led as a lamb to the slaughter, and as a sheep before its shearers is silent, so He opened not His mouth.” Clearly it is right to call the matzah that represented Jesus the Bread of Affliction.

This Bread of Affliction is made with a tool that puts holes all over in it in order to make sure it doesn’t have any leaven in it, making the bread look pierced. It is also cooked on racks that leave a mark on the bread that resembles stripes. Then they take this Bread of Affliction and break it in to smaller pieces. So, we have a matzah that is the second part of a 3 in 1, named the Bread of Affliction, pierced, striped, and broken. This clearly points to Jesus who was pierced by nails and a spear, was striped with a whip, and His body was broken for our sakes!

After the Bread of Affliction is broken it is placed in a linen cloth that is called the Afikomen. What does Afikomen mean? It means, The One who is to come. Clearly this is pointing to the Messiah! This Afikomen is taken outside of the room and hidden for a time, buried if you will. At this time in the feast the main meal is eaten.

After the meal is finished the children who are present at the Passover celebration go looking for the hidden Afikomen. After they find it they bring it to the patriarch (who is generally hosting the celebration) and give him the Afikomen, but just before he takes it the child pulls it back and holds out his other hand demanding that he gives some silver coins in exchange for the Afikomen. Yes, the matzah that is named Bread of Affliction is sold for silver coins. The symbolism is undeniable at this point! Once the patriarch receives the Afikomen he breaks the bread into the proper number of pieces and passes them out to those around the table.

It was the Afikomen that Jesus took and said these words, “This is My body which is given for you; do this in remembrance of Me.” Then it is time for the third cup known as the Cup of Redemption. Jesus took the Cup of Redemption and said, “This cup is the new covenant in My blood, which is shed for you.” When you consider all of the symbolism that has happened at this point it is hard to imagine how any Jew could not understand that the Passover is all about Jesus!

Hebrews 10:1 For the law, having a shadow of the good things to come, and not the very image of the things, can never with these same sacrifices, which they offer continually year by year, make those who approach perfect.

John 5:39 You search the Scriptures, for in them you think you have eternal life; and these are they which testify of Me.

As we approach this Passover season let us remember that the Passover is pointing to Jesus! Before Jesus came it was pointing the Jews to see the coming Christ and today it is pointing backwards to the Christ who came! Remember Jesus and trust Him!